The basketball shoe industry is being crushed by the athleisure wave

Michael Jordan changed the way basketball shoes were perceived when he signed his iconic Nike NKE, -0.58%  deal in 1984 and debuted the Air Jordan 1. Basketball shoes became so popular that they soon outgrew the court and were being worn as everyday shoes.

Basketball shoe sales now represent less than 4% of the athletic shoe market, a massive drop from their 13% market share in 2014, according to data from research firm NPD. In addition, basketball performance shoe sales are also down roughly 13% compared to the same period a year ago, the fourth consecutive year that aggregate basketball shoe sales have declined.

A lot of people are still choosing to wear athletic shoes, but not high performance basketball shoes. What happened?

See also: LeBron James earns more from two Instagram posts than he does for a whole NBA game

“This is the culmination of the athleisure trend, where we are wearing athletic inspired footwear and apparel but we don’t intend to use them for sport,” Matt Powell, Senior Industry Advisor at NPD, told MarketWatch.

According to research firm NPD, the athleisure industry grew 7% over a 12-month period in 2019, and shows no signs of slowing down.

That’s one of the reasons having a star like LeBron James’s name on a performance shoe doesn’t guarantee it will sell, which has forced brands to pivot.

“The consumer is really in charge of fashion trends,” Powell said. “They’re dictating to the brands what they want.”

The slumping sales numbers indicate consumers no longer want big and bulky basketball shoes, they want versatile shoes they can wear for any occasion. Basketball shoes have been replaced by styles like Stan Smiths, low-top training shoes and athleisure brands like Allbirds (recently valued at over $1.4 billion).

One UBS analyst says another reason for the sales slump is that big bulky shoes don’t look as good with a current fashion trend: tighter pants.

But is the movement away from bigger athletic shoes the only reason people stopped buying basketball sneakers?

Nick DePaula, who covers the sneaker industry for ESPN, thinks Nike became a victim of its own success with its most popular models.

He also believes the seeds of today’s industry issues were planted around the 2008 Olympics in Beijing.

“At the Beijing Olympics Nike had the Kobe 4, LeBron 7 and Kd 4 and those models had a lot of great themes, great colorways, great storytelling and really took off as those guys were accomplishing a lot on the court,” DePaula told MarketWatch. “That was the post-Jordan resurgence for Nike basketball.”

Since then, “Nike got very aggressive and elevated the prices for all of those lines, and started to price some people out,” says DePaula.

Between Nike and the Nike-owned Jordan Brand, the swoosh owns over 80% of the performance basketball market, according to NPD. Nike, Adidas ADDYY, -2.03%   and Under Armour UA, -1.04%   all declined to comment for this story.

With the industry in flux, a spark may be needed to bring some swagger back into basketball shoes. Could rapper/sneaker designer Kanye West help boost sales with the upcoming release of his first basketball shoe for Adidas?

The much anticipated Yeezy basketball shoes will reportedly drop during NBA All-Star Weekend which takes place in Chicago the weekend of February 15, West’s hometown. 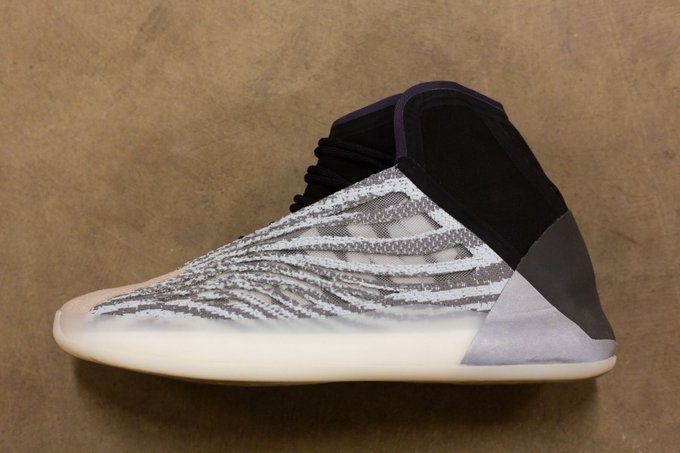 When asked if he thinks shoe maven Kanye West can save basketball’s slumping market, Powell, a self-described critic of West, quickly responded, “I do not.”

Tech Supply Chain is Recovering From Coronavirus, But Beware a Relapse

Is Coronavirus Airborne? Will It Live In My Bathroom? Is it OK to Fly or Eat Out? Are Men More Susceptible? Busting Myths and...

Can You Hear It Now? Everything To Know About The Sprint,...

First Solar (FSLR): Double Downgraded by Barclays to UNDERWEIGHT with $49...

Shopify Is Too Big a Gamble With No Margin of Safety